Earwax, known as cerumen, is part of the ear's natural process to keep dust and dirt from reaching the eardrum. Normally, dust and dirt are trapped in the earwax, which then dries up and falls out of the ear. But some people experience a build up of earwax, which causes a blockage that reduces hearing. Hearing aid and earplug users have a higher incidence of earwax blockage than other. However, using a cotton swab to clean your ear can also contribute to earwax build-up. (It is recommended that you do not use a cotton swab to clean your ear as it may pierce the eardrum). Symptoms of earwax blockage include decreased or muffled hearing, dizziness, ear pain or ringing in the ears. Wax-softening drops and irrigation of the ear with warm water are two home remedies. For more difficult cases, please contact our office and schedule an appointment to have one of our otolaryngologists remove your earwax build-up.

As always, you can contact our office to answer any questions or concerns. 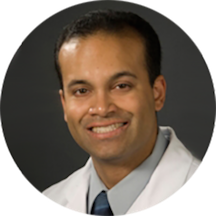 From sore throats and earaches to sinusitis or hearing loss, Precision ENT is equipped to handle all your otolaryngology needs.